“Zero Waste” is a tall order. Inspired by the tech scene discussion about no-code and low-code, I would rather aim for “Low-Waste” and replace “refuse” with “reduce” in my personal sustainability motto.

This article is inspired by a sustainability meetup and has been cross-published on dev.to. There is also a German version: Low Waste IT: Reduce, Reuse, Repair and Donate! As you can see, I don’t care to avoid anglicisms anymore.

Buy less! Originally: refuse to buy something just because you could.

Upgrade your hardware, prefer suitable software,
buy second hand: in 2020 I bought a refurbed laptop, originally a ThinkPad series that has been discontinued in 2014, upgraded with more memory etc. by a professional company. This device is totally fit for web development (including webpack and PHP servers, Docker setups etc.)

Refurbed ThinkPad as a Linux Laptop in 2021 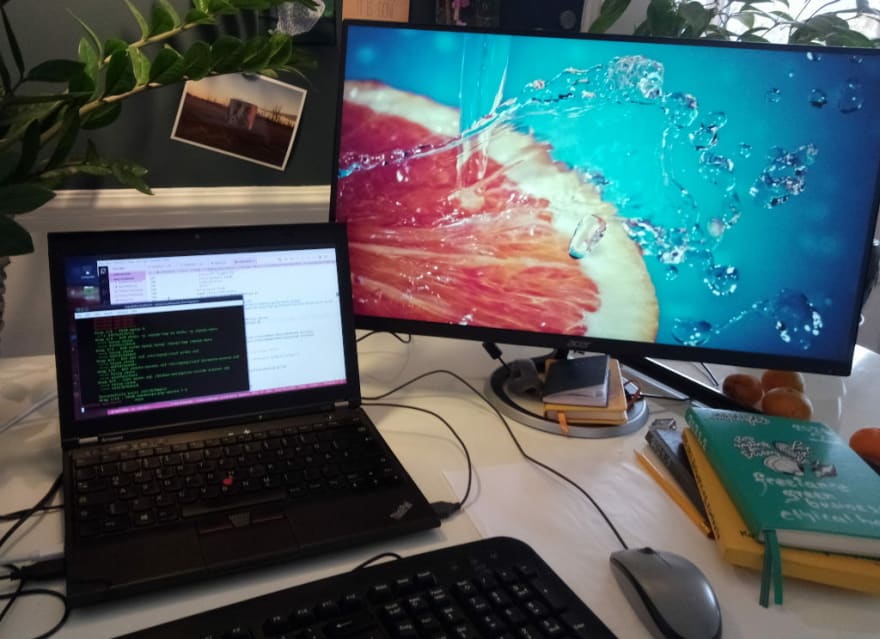 Linux as an operating system is usually quite light-weight and optimized for performance. There are different distributions like Ubuntu Mate or Linux Mint that offer a modern, elegant look and feel. Upgrading an old laptop from Windows to Linux might be an alternative to buying a new machine.

Smartphones are harder to upgrade. LineageOS (formerly CyanogenMod) is an open-source version of Android (AOSP) that makes it possible to upgrade to newer Android versions even if your vendor does not offer any official updates any more. This requires rooting and manipulating your device, but once it got outdated, you do not have much to lose anyway.

Laptops that are too slow and low for development are still useful thin clients for reading, writing and probably even homeschooling. If you don’t need it, donate for those in need: Labdoo.org collects used laptop computers, deletes old data professionally, and installs a Linux operating system with office and learning software, including offline dictionaries and ebooks so they will be useful even without an internet connection. 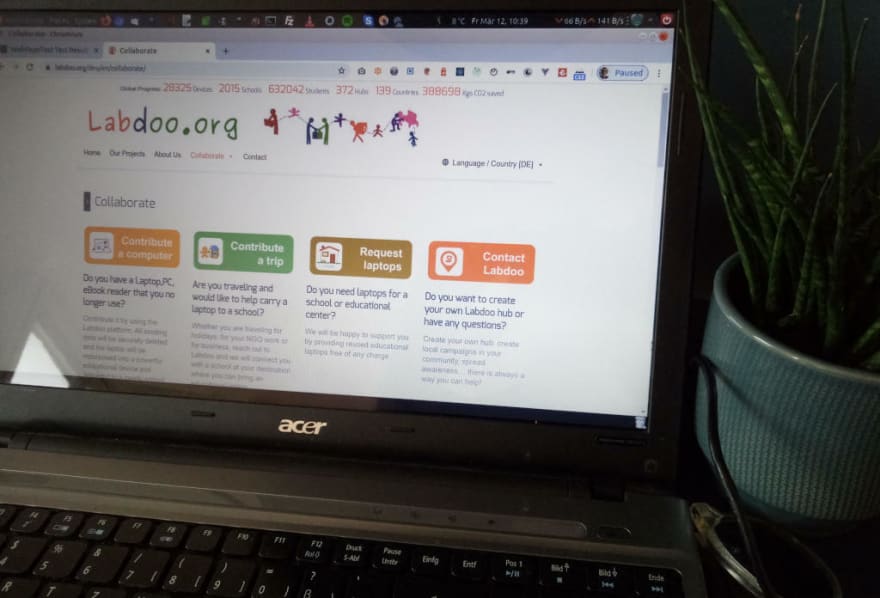 Some years ago had the chance to get a MacBook Pro with a defunct battery. Checked the internet, bought a replacement battery, also had to buy two different special screwdrivers to actually replace the battery. The laptop is working fine and used regularly. Not the most recent operating system as Apple is notorious for planned obsolescence. 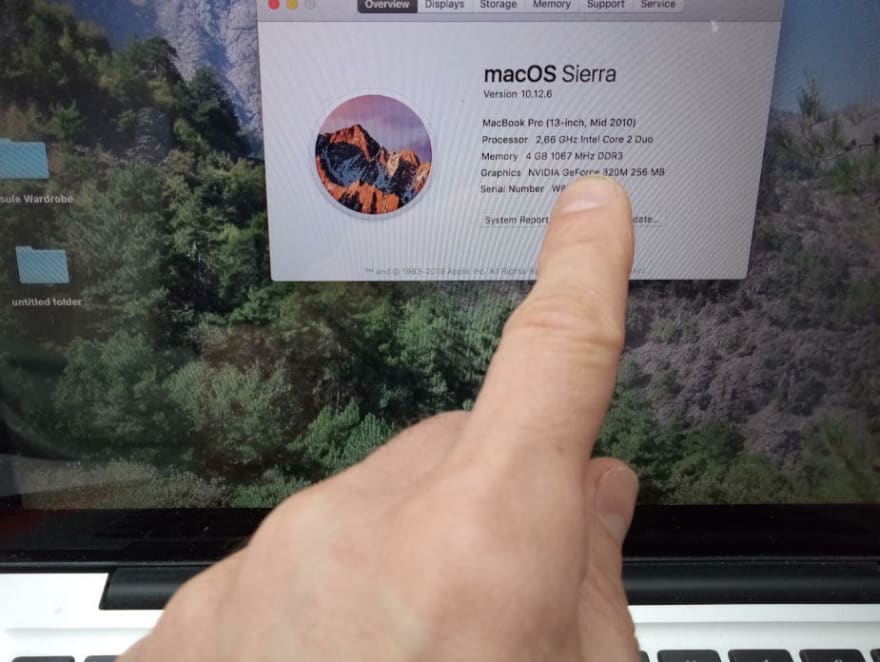 If you don’t feel fit to repair yourself, visit a local repair cafe or a professional computer service. Once my laptop dropped to the floor, destroying an edge of its case and the power adaptor. After professional repair and a replacement power adaptor, The device has been working well ever since.

Old devices can be used for testing: can you use your app, your website, your software on that old device? 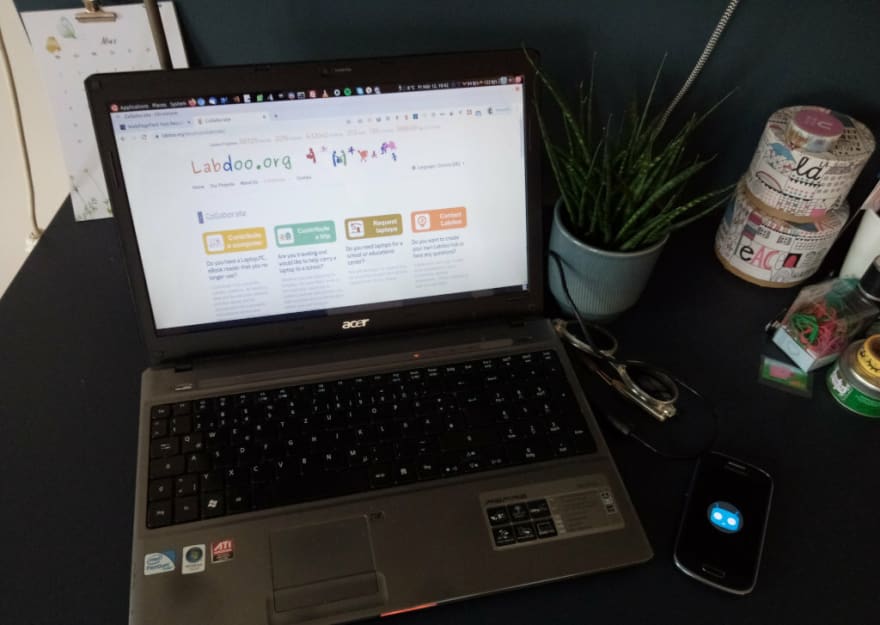 Here is a laptop that I bought in 2009. With its large screen and DVD drive, I use it to watch films occasionally. Thanks to Linux, this is still a fully capable development machine, although not with the speed you would expect nowadays, and with its 32-bit hardware, some software does not offer official builds for it anymore. Many modern websites appear slow and sluggish on this computer, so this is a realistic test setup to make sure that your own website does not.

Right next to the laptop, you can see an old Samsung phone rooted and upgraded to Android 7 using CyanogenMod, outdated again some years later. Which is a pity, as I miss the blue robot animation.

As high tech devices got smaller and more powerful every year, they go harder to mod, repair and recycle. Fairphone is one of the few attempts to change. High tech material does not rot, at least not in a few years.

Fridays for Future in Times of Covid

The Pudding‘s How bad is your Spotify is a fun app with attention to detail.